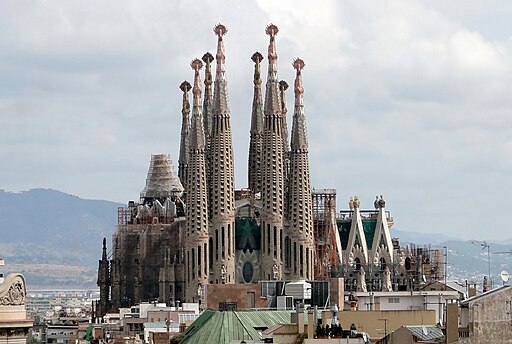 Having hopefully been delighted of our first experience of Africa and possibly eager to return soon enough, we are going to leave Morocco and return back to Spain, arriving in Madrid Baraja airport where we’ll be in a rather tight schedule, as we’ll be having about two hours at our disposal to get to the Atocha train station, where we’ll catch a train to Barcelona. So, we’ll follow the metro Purple line to Nuevos Ministerios, then off to the blue line (towards Puerta de sur) and we get off at Tribunal. Another line change to the light blue one (towards Valdecaros) and we are finally off at Atocha Renfe. 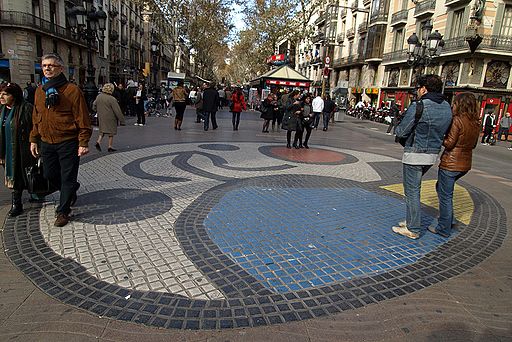 Provided everything goes according to plan, we’ll be arriving at Barcelona Sants at about 23.00 (or else its the bus for us and a tiresome nine hour ride). There we are going to check the Metro station, Sants line 3 (the green line) towards Trinidad nova and get off at Liceu station, near our hostel. That will be all for this evidently transitional day of our trip and we are probably spending the night resting (no extravagant clubbing or anything on this one, just plain old-fashioned rest) in order to make the most of our extremely limited one day shot in Barcelona.

La Sagrada familia is first on our list (no need to describe Gaudi’s masterpiece) and from there we might move towards Picasso museum, a building that houses the painters work and is mostly concerned with his relation to the city. Then, we’ll further explore the city’s Gothic quarter, focusing on 14th century Santa Eulalia’s Cathedral, the Roman walls and temple and the four cats cafe, a place where many artists used to spend their time. Finally, we’ll move to the edge of the quarter and walk along La Rampla, the renown street of the city attempting to grasp its vibe, an effort that will be more complete later, as we’ll stroll over Passeig de gracia, one of the most expensive streets in Spain. 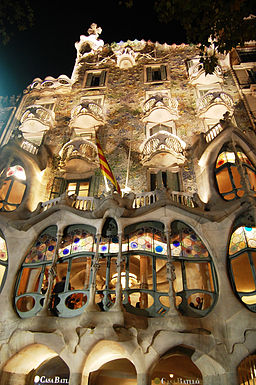 Casa Batlio is one more Gaudi constructed architecture, which we are unlikely to enter (23 euro for a ticket is a high price to pay on our last day traveling, when our wallets will be on our last change and our enthusiasm for sightseeing will be running on its last fumes). It is supposed to depict St George, the patron saint of Catalonia (among other places), killing the dragon and we’ll appreciate it from a distance keeping our last savings away from the Saint’s lance. 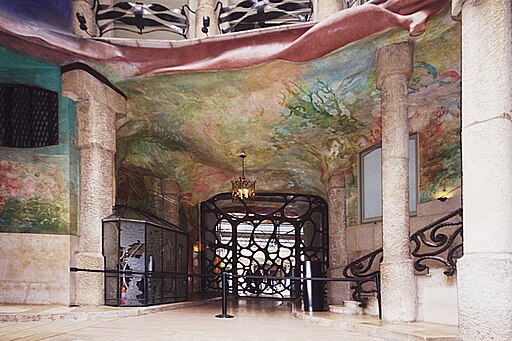 Casa Mila or La pedrera is another building designed by Gaudi, but we’ll probably limit our eyes to outside views since we find the 20 euro fee rather salty. It’s a structure that influenced our beloved hundertwasserhaus in Vienna and we’d definetely like to catch a glimpse of it.

Park guell seems that will be one of Gaudi’s creations that we’ll visit though, as it is a park with a small entrance fee (7 euro) and lots of interesting attractions (Alfons X metro station, line 4 the orange one, will get us there).

Montjuic castle may probably be the last attraction we’ll visit on this trip, since it seems a relaxing place while, we are probably leaving out Miro foundation and the Palace of Catalan music. Finally, we’ll definitely try the local cuisine especially deserts like crema catalana and mel i mato, before waiving the city goodbye on the following day and return to Greece, having hopefully enjoyed this years trip.

Well, that’s it. Almost everything has been planned and all we can do for now is wait for our first flight on this itinerary. We’ll probably not post much else during August, but we’ll definitely be back on track in September, providing a review of our journey. Hope you enjoy a great summer everyone!