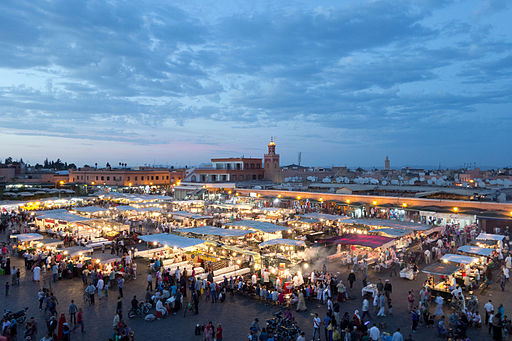 …Stepping foot on Marrakesh will be a first one for us, since it will mark our initial footsteps on the African continent. Celebrations of this fact will have to be put on hold though, as we’ll have to find a way to our hotel near Jemaa el Fnaa square. Bus 19 is the cheapest option at a cost of 30 MAD per person (here’s a helpful map of the route, that someone uploaded), while a petit taxi that would probably cost 70 MAD (+50%) is the convenient alternative. Since we are arriving rather late, we won’t have much time at our disposal and our tendency to explore will have to be confined within the limits of the central plaza. Furthermore, we are leaving for a short excursion outside Marrakesh early in the morning, therefore we should definitely get some rest (Since these excursions are following a rather strict schedule, there is nothing to plan, so we’ll omit the details regarding that part of the trip. We’ll gladly share our thoughts and experience once we return though).

Once we are back to Marrakesh, we are having a full day in our hands, in order to do some exploration taking advantage of the fact that we are staying at such a central location. For this trip Morocco is Catherine’s eagerly anticipated destination (mine is Portugal if anyone cares) and we’ll try to make the best of it during the few days spent there. Our exploration of Marrakesh will be centered around Jemaa el Fna and the nearby souks, the city spot where everything takes place and we are bound to make a circular route centered on this plaza.

Our first visit will be on the El Badi palace ruins, which will cost a mere 20MAD entrance fee and will offer us the chance to maybe spend a couple of hours admiring the ruins of this 16th century Saadian palace. It seems that the place may be a bit deserted, while some storks are taking advantage of it, nesting and that might provide us with some decent photos. 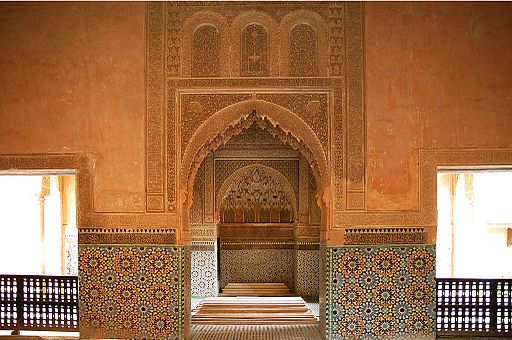 Our next stop will be the nearby Saadian tombs (1 euro entrance fee) where we’ll try and enjoy a small visit (word has it that the place can get discouragingly crowdy), before carrying on our tour to Bab Agnaou, one of the nearly twenty gates to the city, which was built in the 12th century and getting a closer view at Koutoubia mosque (as close as non Muslims can approach that is). 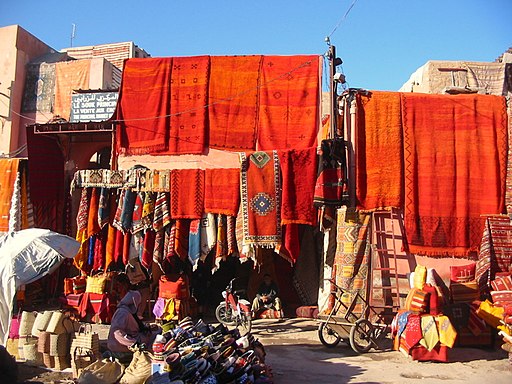 Later, we are moving north of Jemaa el fna, towards Bahia palace (1euro fee), where we’ll have a look at the complex of gardens, courtyards and houses that a 19th century Grand Vizier had built. The compound seems that will provide us with a taste of a blend between Moroccan and Islamic architecture and possibly with some unforgettable memories, yet not so great as the ones we are expecting from the next site we intend to visit, which is …

…Majorelle garden, a villa and garden built by French painter Jacques Majorelle in the 20’s, who seems to have constructed quite a home for himself. He has produced such a great performance on this labor, that the predominant shade of cobalt blue that is dominant throughout the place is called after him. Anyways, Yves Saint-Laurent and Pierre Berge bought the place in the 80’s and Saint-Laurent’s ashes were scattered in the garden (I guess we’ll have to take care of our looks, no one wants the ghost of a fashion designer haunting him or her), while there are plans to establish a museum dedicated to the designer’s life and work on this spot in September. So, we’ll have a walk around the place (map) and keep up with our visit in the city returning to the central square, eager to experience everything we can get our minds onto during our stay in the city, before eventually getting back to Spain for the last leg of our trip.

(It is evident that we do not own any of the photos on this post, they are all originating from wikipedia. We’ll post our own once we return from our trip)